Smokey died in March of 2011 quite unexpectedly. The vet said he was between 18 and 22 years old. We knew he was old but he was a scrapper and quite honestly none of us thought he’d ever die. From what we know of him he had been a neighborhood tom for many years before a friend of ours took him in. Apparently a neighborhood grump was going to have him put down for pissing on her petunias or something. Some people have no souls. Eventually our friend’s work began to require more and more travel and Smokey was passed onto us.

Smokey was one of those one in a million cats. He was a dirty old man who enjoyed the occasional tail whip and frequent romps with bison. He was the original inspiration for Captain Kittenface and by extension 2816 Monument. He looked like a crank but was really just one of the sweetest old cats you could ever hope to meet.

Without fail, he would always make an annoyance of himself by jumping up on the table and curling up right in the middle of my workspace. Strange, the things you miss. 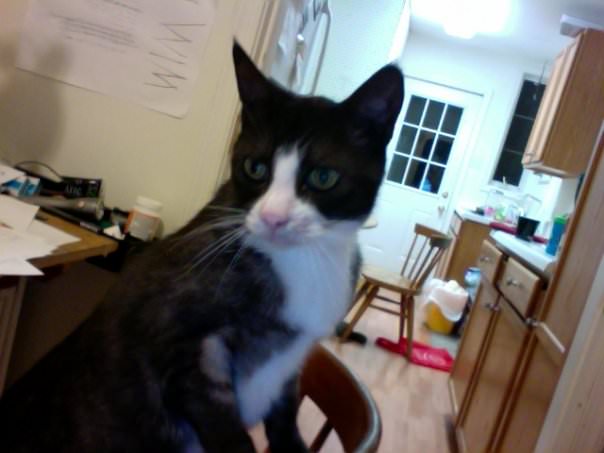